This is my second custom Millennium Falcon-based guitar. The first I one I had done was the first functional guitar that had been posted on the internet- and seeing my work had led to a commission from Australia. This time, it would be a bass, or as some people (as many have now been building Falcon guitars) call it, "THE REBEL BASS." Which is awesome.

So, I gathered the parts, built the interior slightly differently, but still with a strong maple core. The ultimate recipient of the guitar (who currently is unaware of what's coming, as it's a gift) apparently is also a fan of the Hofner Ignition (McCartney Beatles violin) bass, which he doesn't have. Once I found this out, I went after 2 Hofner bass pickups and a control panel.  Hopefully, this fills the void in a very.. very different way. The best thing about using this with the Falcon is that the control panel features a number of switches, one of them including "SOLO" as an option. After some fine etching and the application of black paint, this is the only Rebel Bass with a "HAN SOLO" option. Please see the pics.

Using the Hofner Ignition style control panel, I had to decide where to mount it. I decided to replace one of the side panels on the ship to preserve the visual aspect of the Falcon- the retro panel might've looked a little too wacky on top, in my opinion. Discretely on the side, while not truly "handy" seemed more tasteful. So, you can see that "I've made a lot of custom modifications myself."

The guitar features brass inserts in the neck to tighten the joint between neck and body, a TUSQ (simulated bone) nut instead of the stock plastic piece, and LED strips in the hyperdrive that accompany       the LEDs that originally came mounted in this POTF2 edition Falcon body that I picked up.

The peg head has a simple design based on the ship's body details. The neck plate has a hand painted "Travis Stevens Nerd Crafts Rebel Bass" logo with a comic-esque rendering of the Falcon in flight. The ship itself has been detailed for better movie accuracy. I was even able to keep the landing struts AND the original handle this time!! All of the lights are powered by two C batteries (as came standard on the original and POTF2 toy) and the LED strips in the back by 2 9 volts strapped conveniently into the cockpit for quick replacement.

Thanks for the commission, and I hope it goes over well! 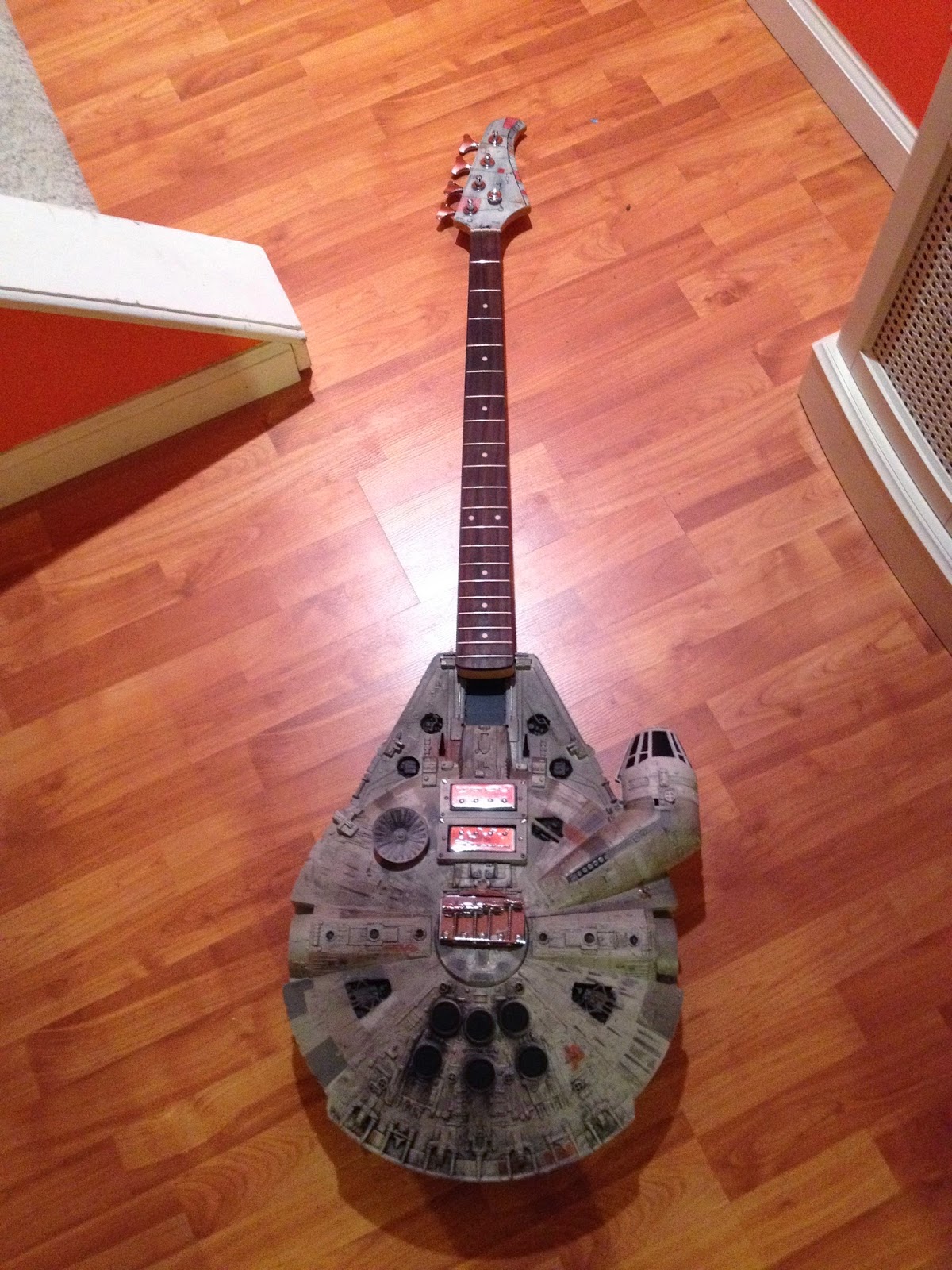 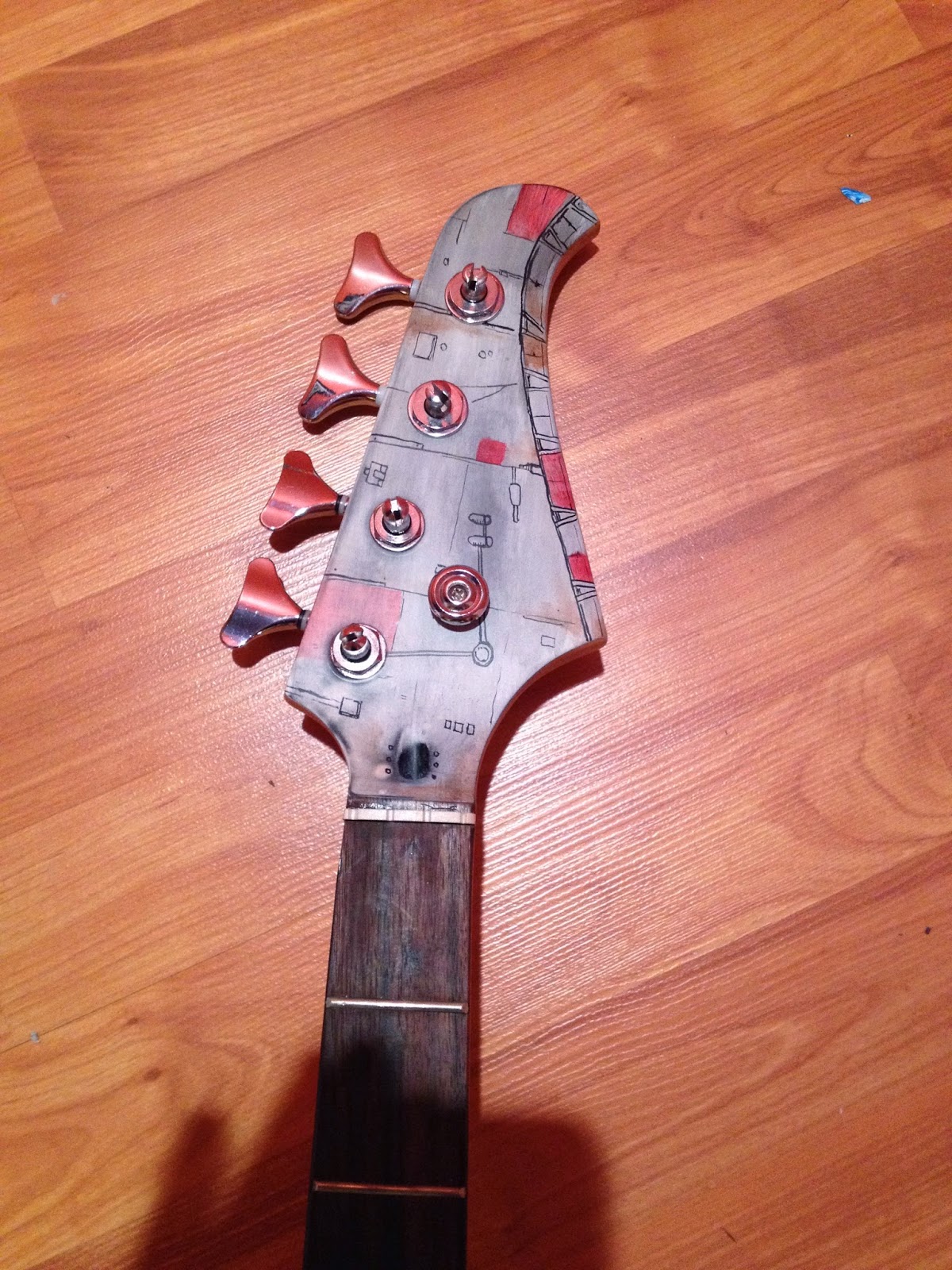 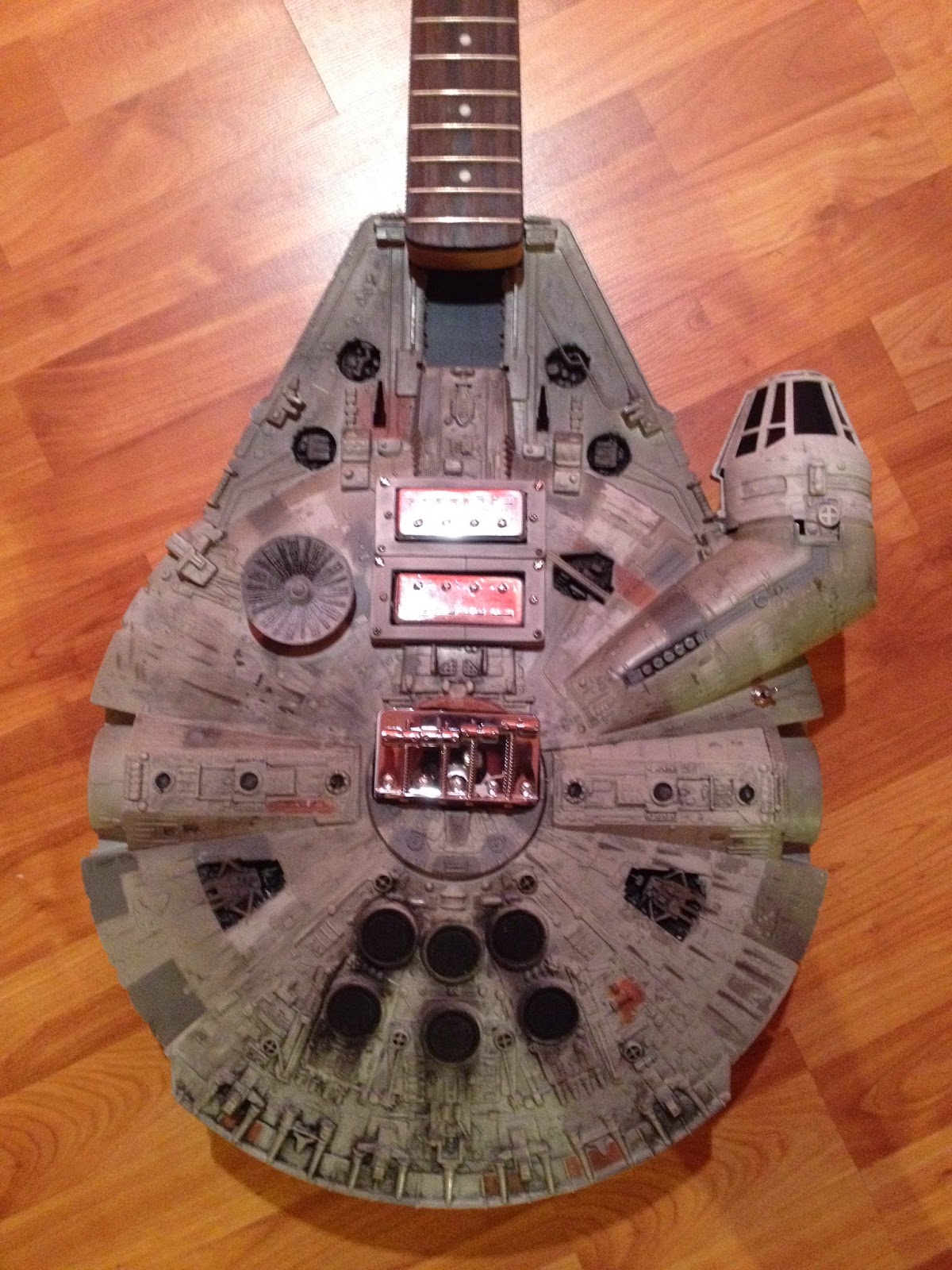 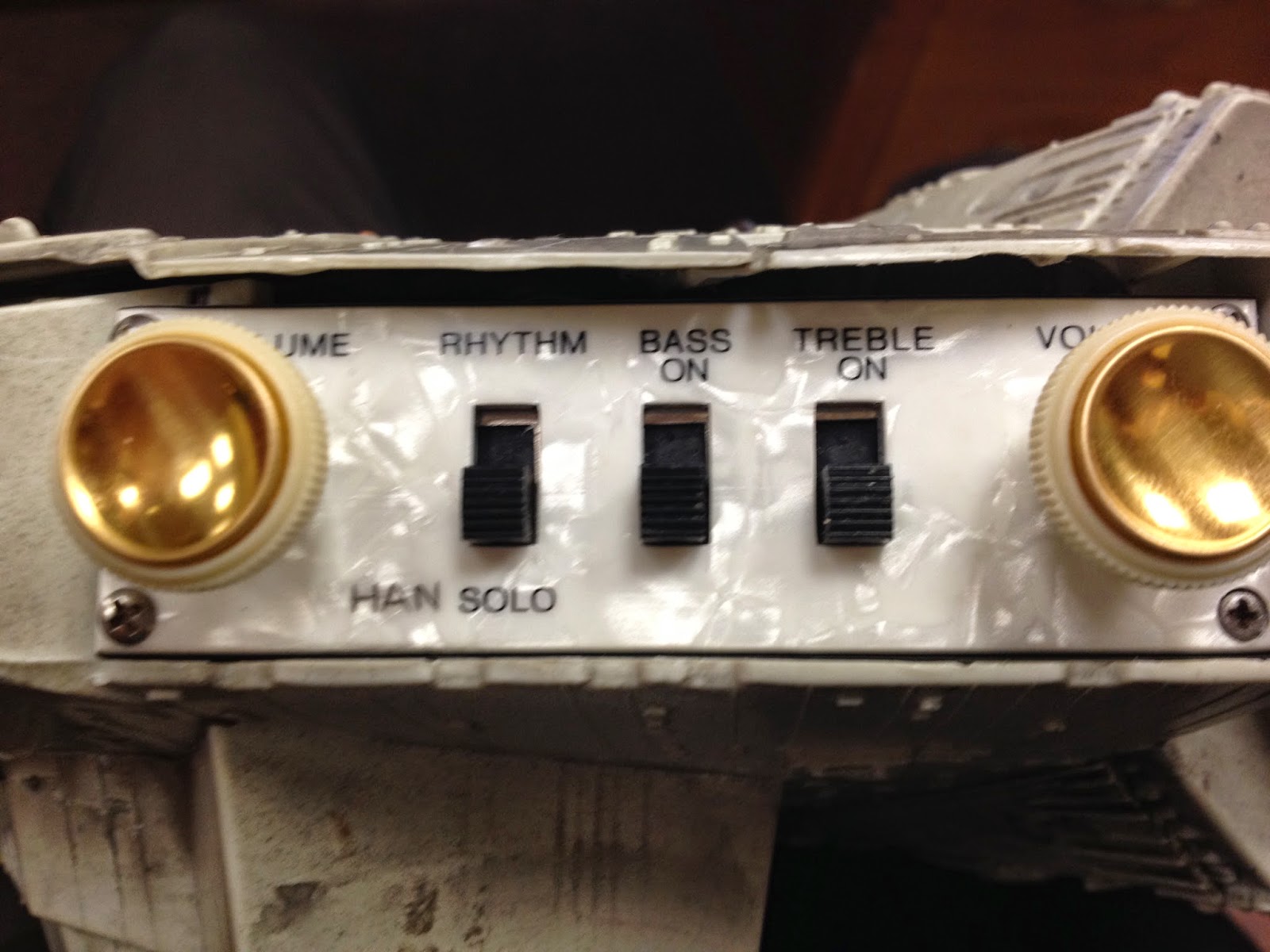 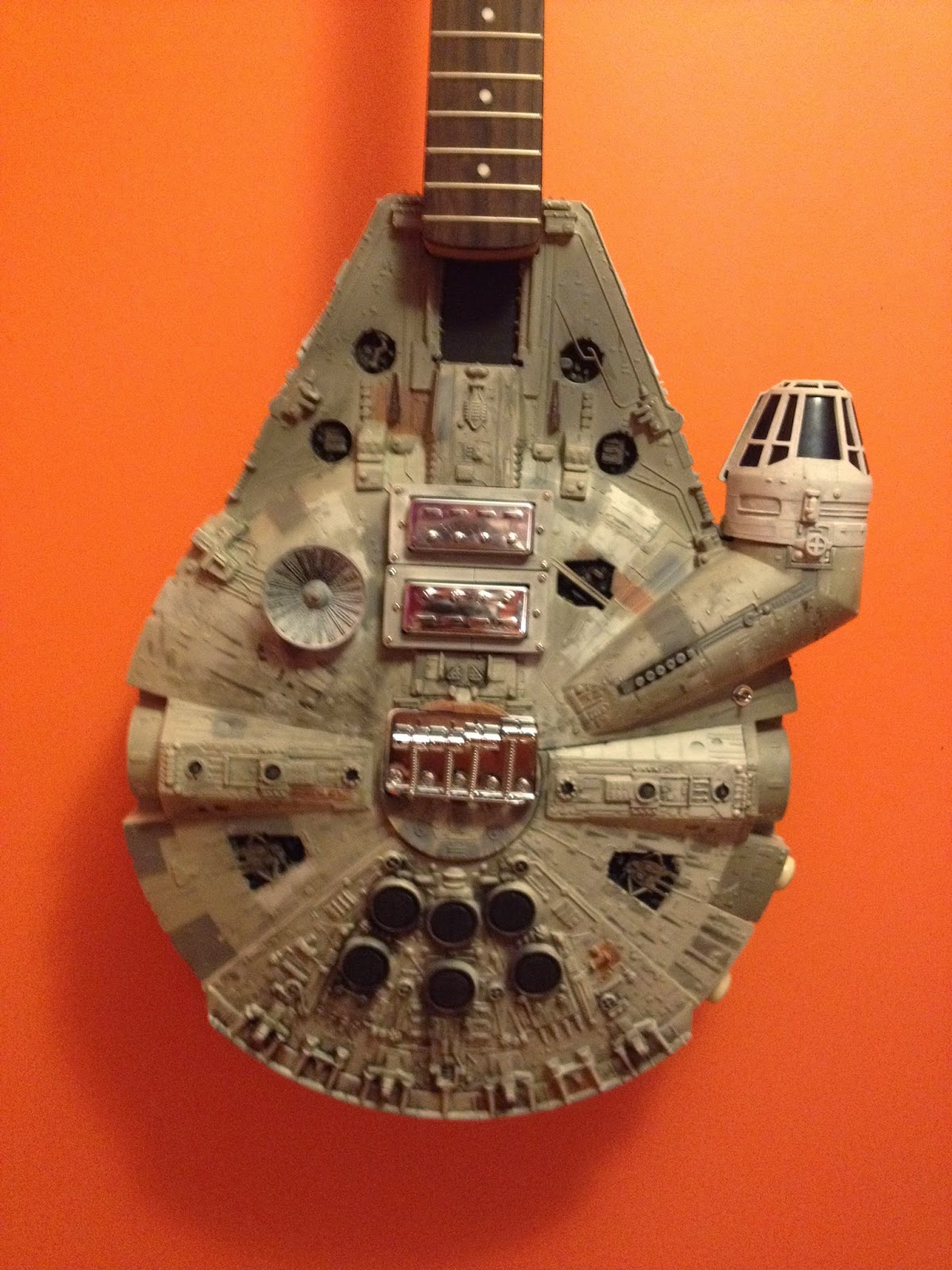 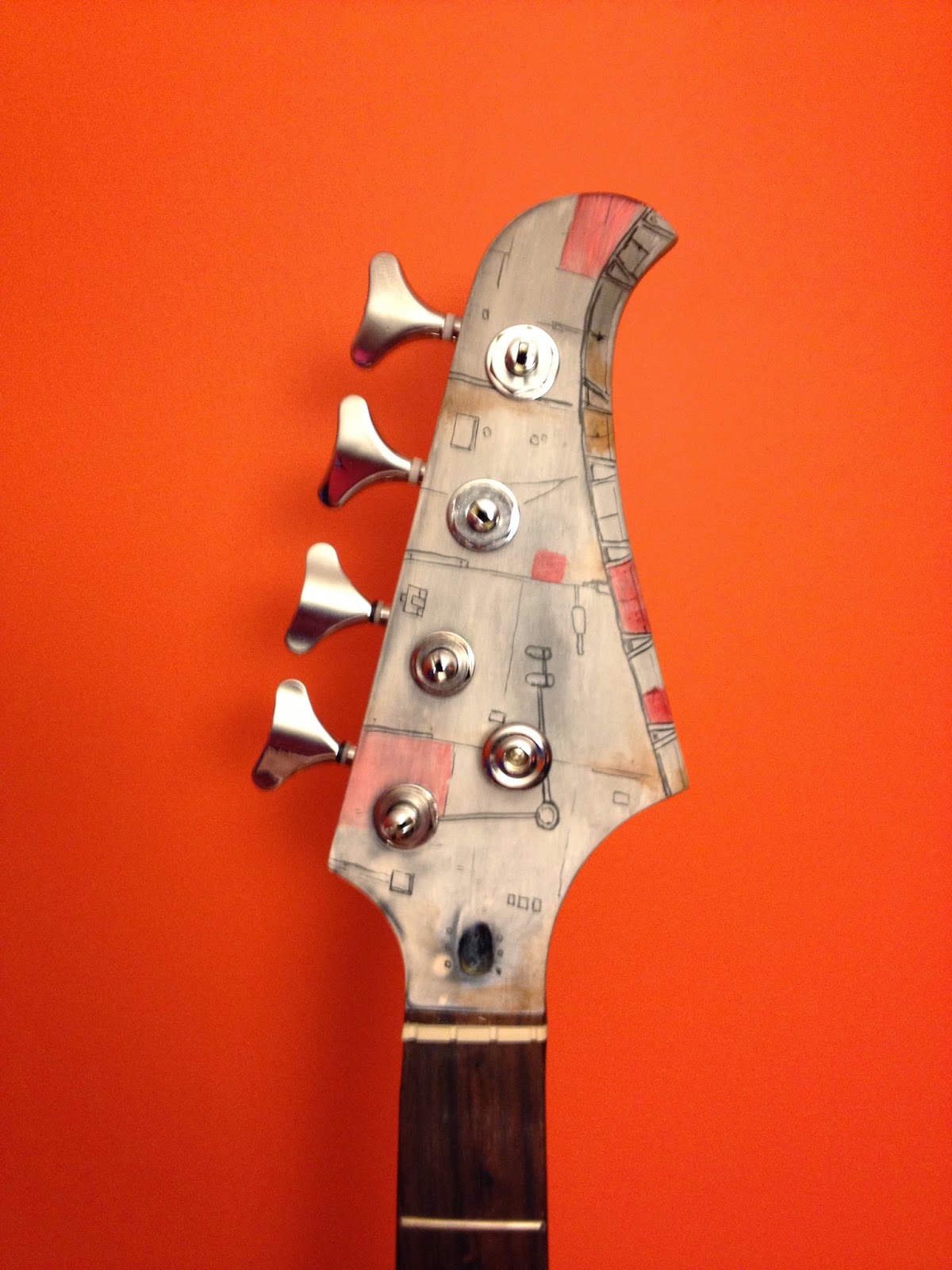 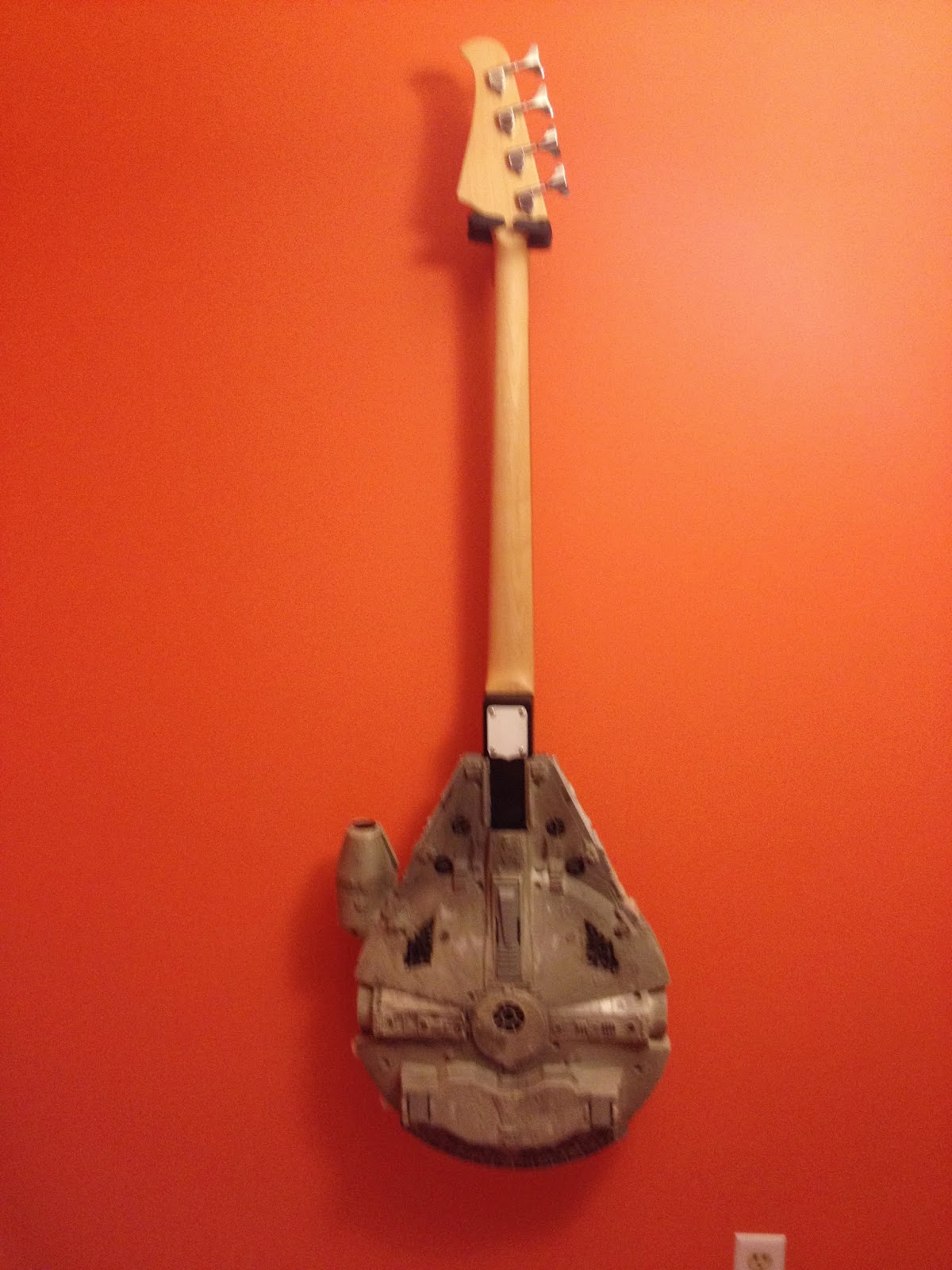 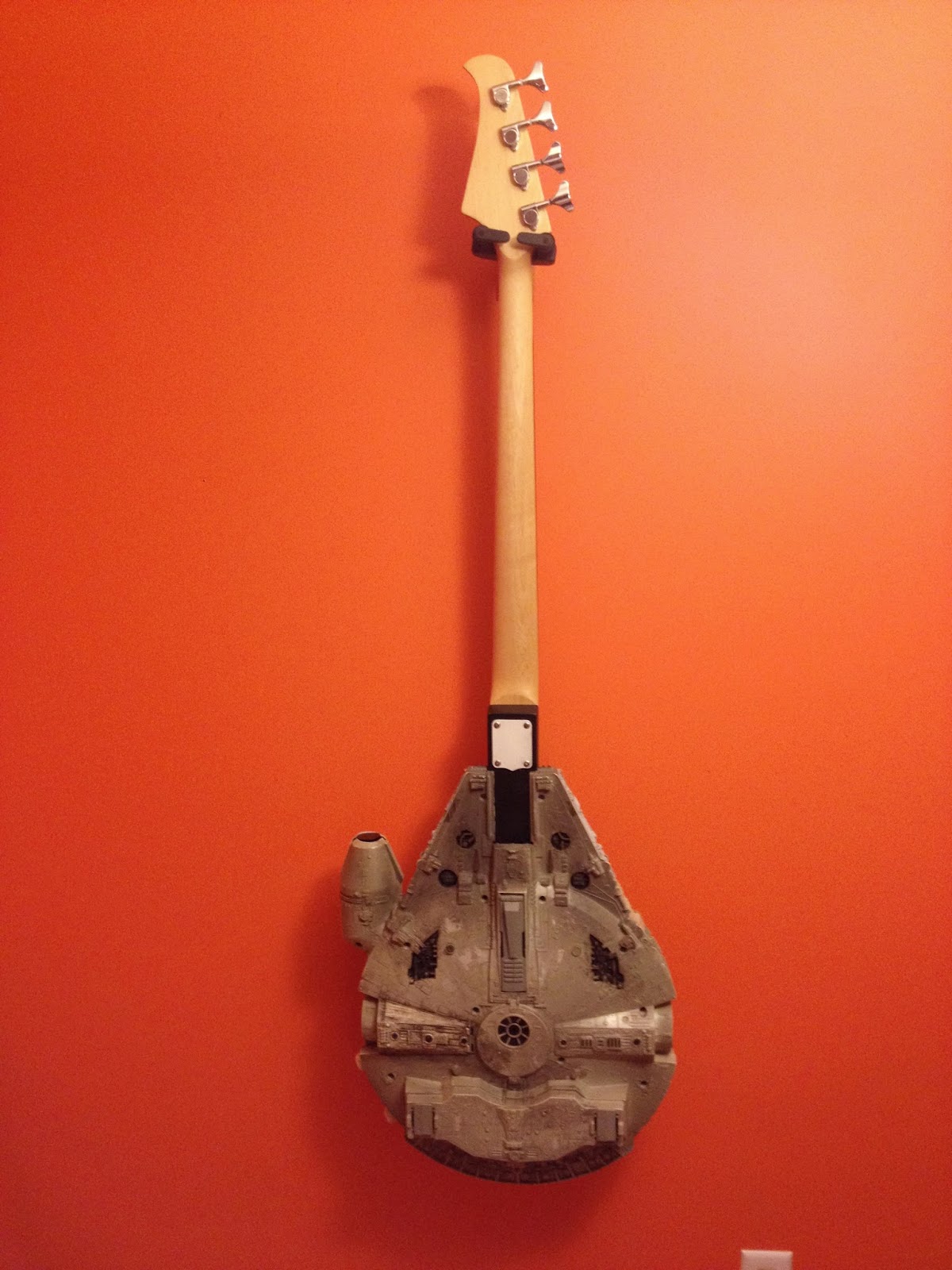 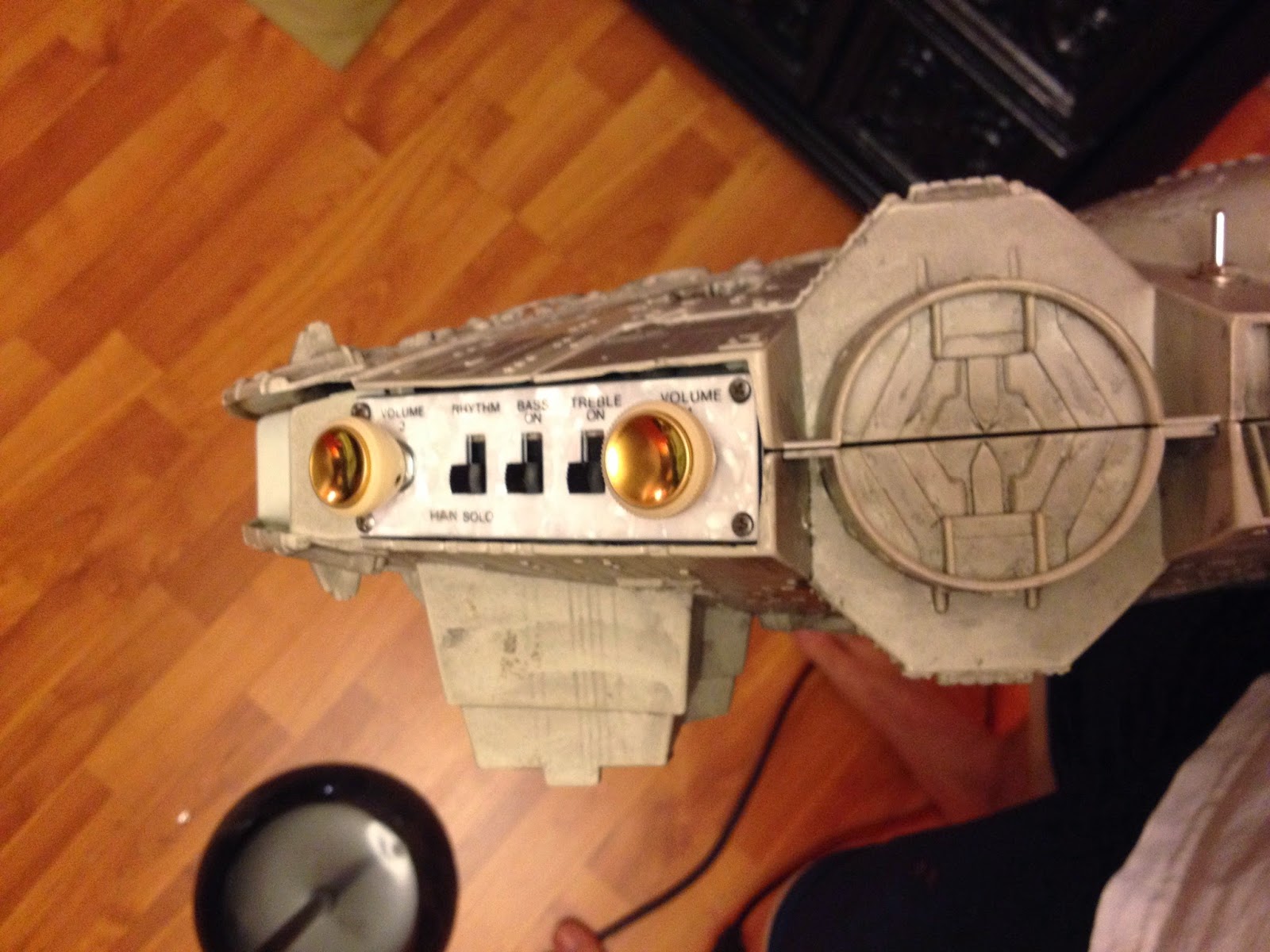 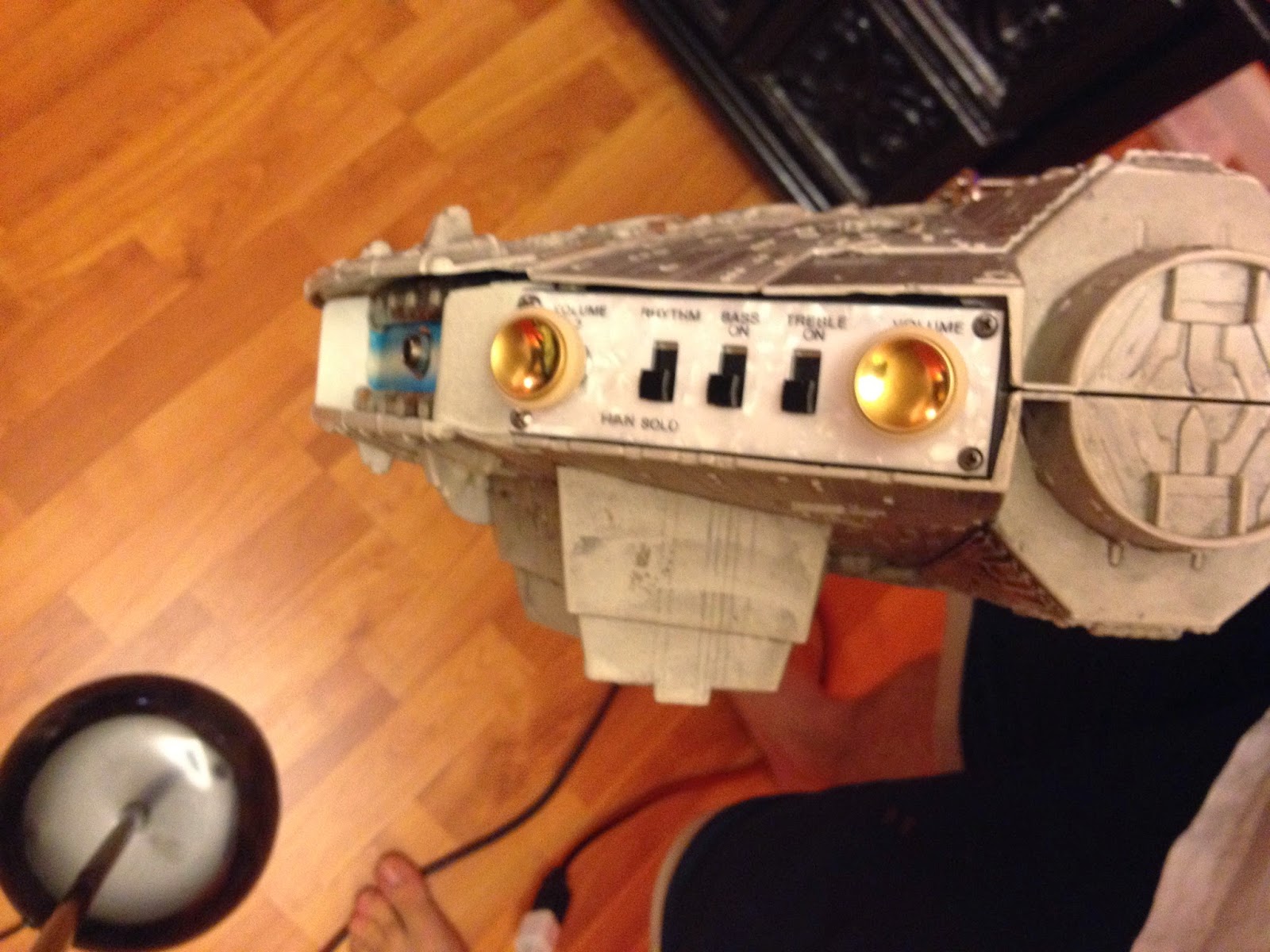 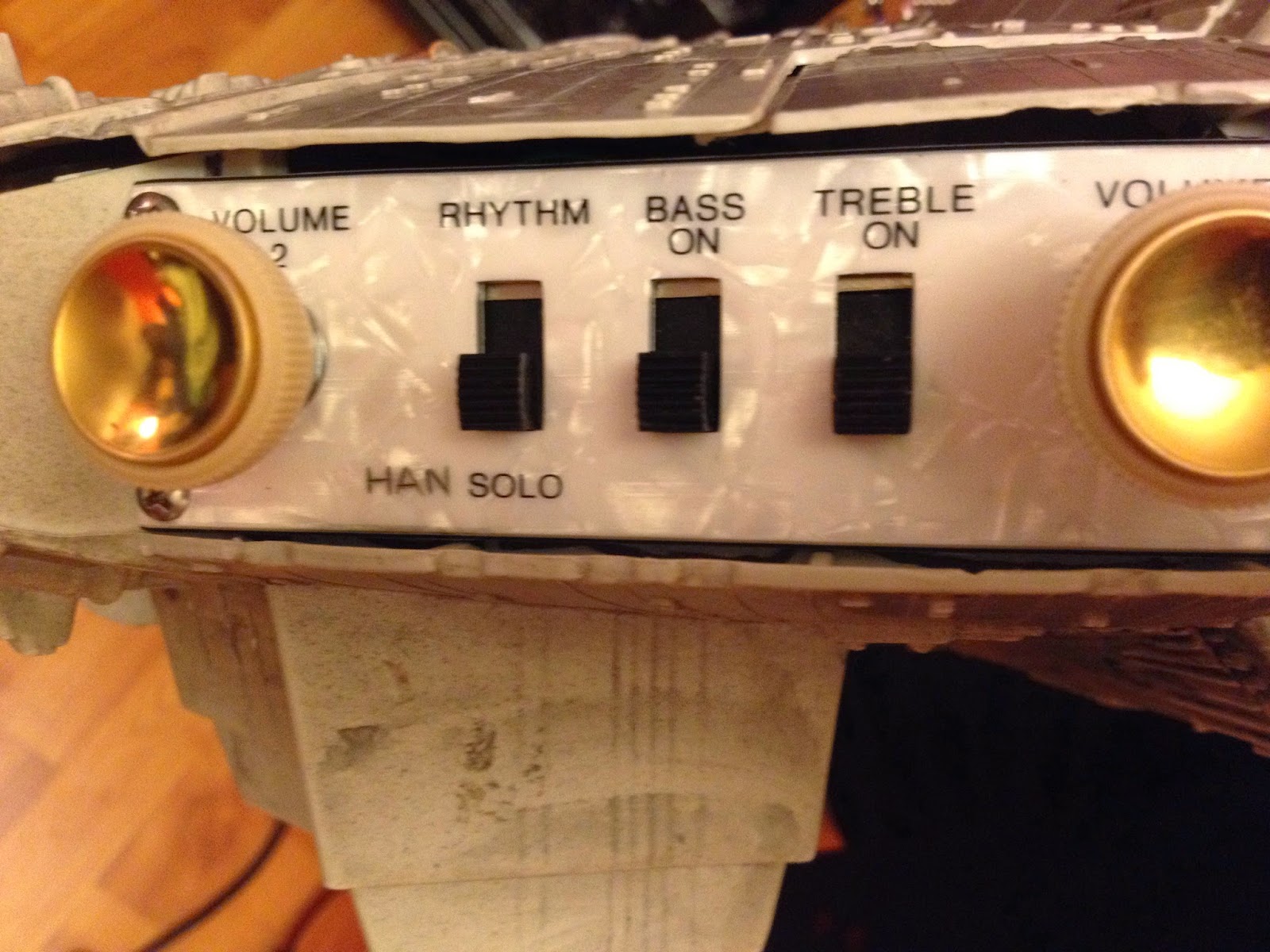 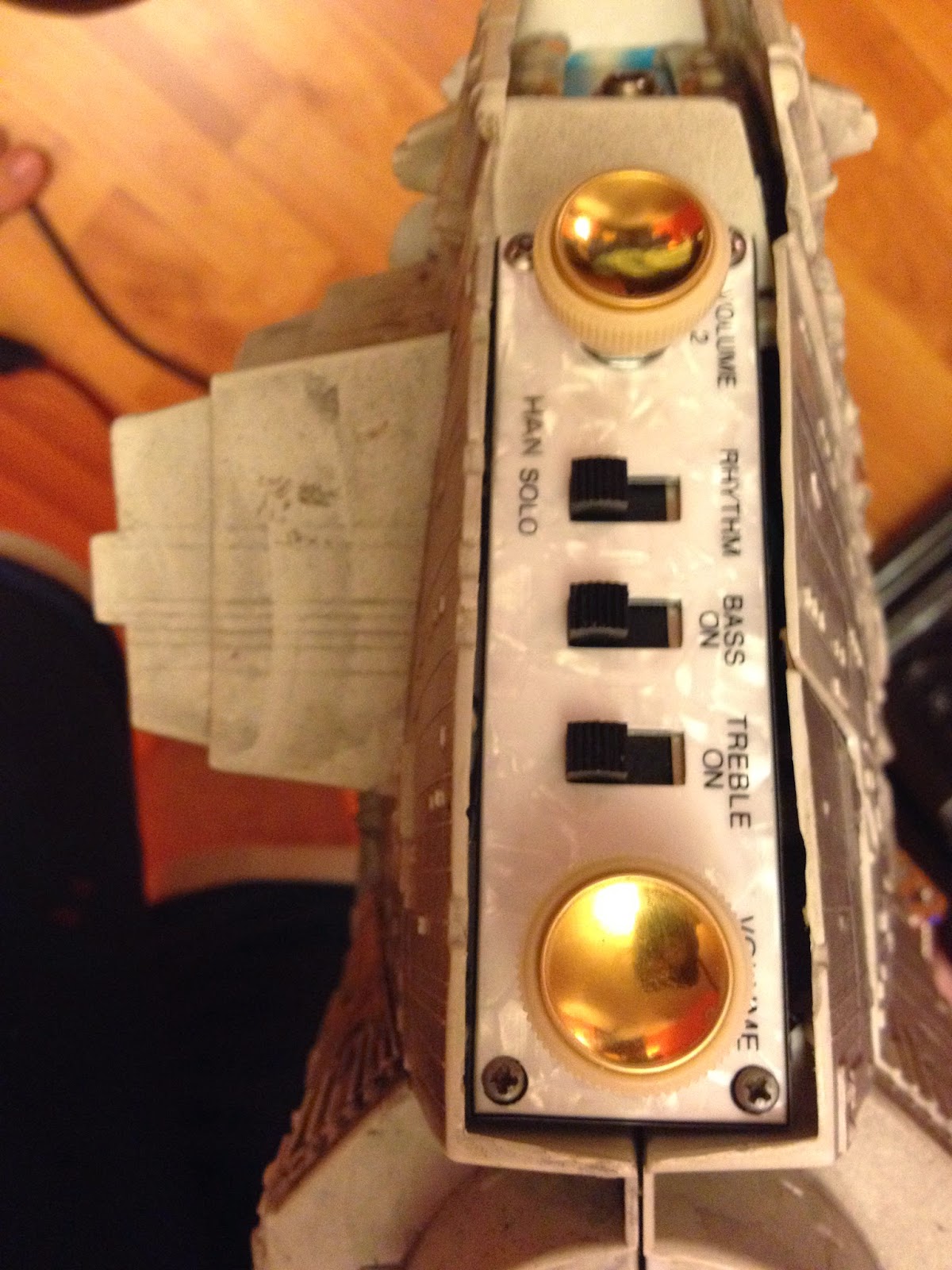 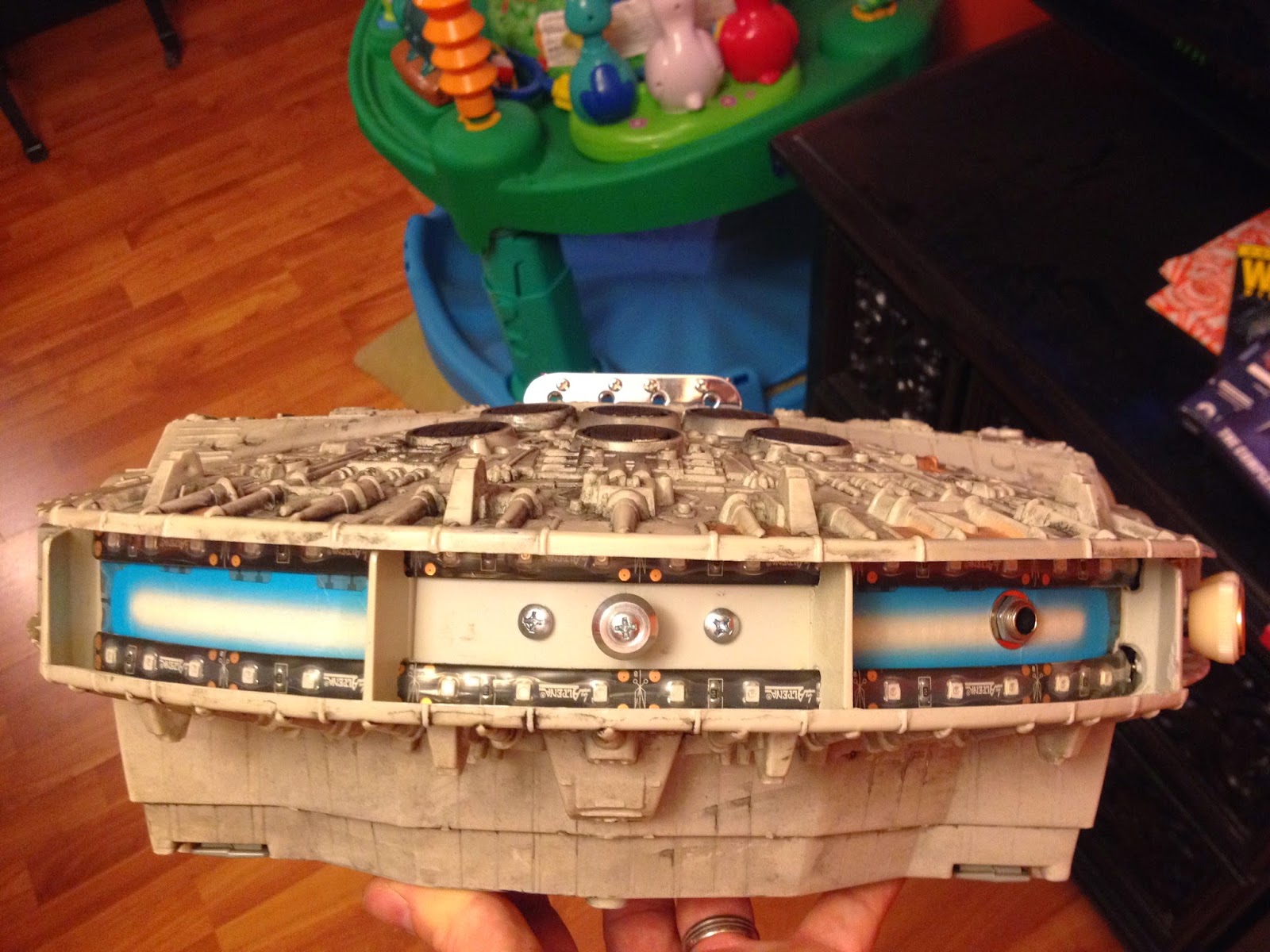 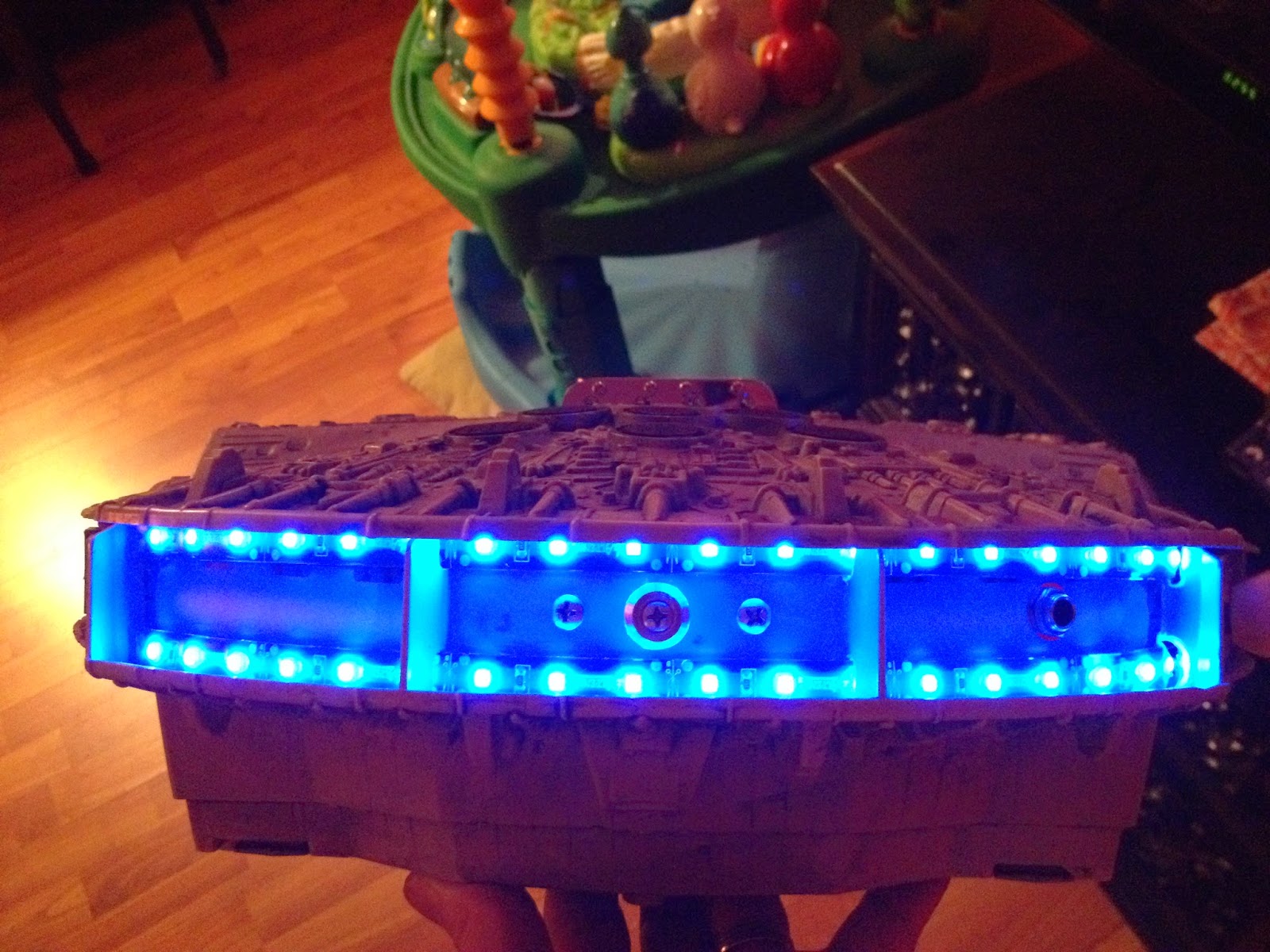 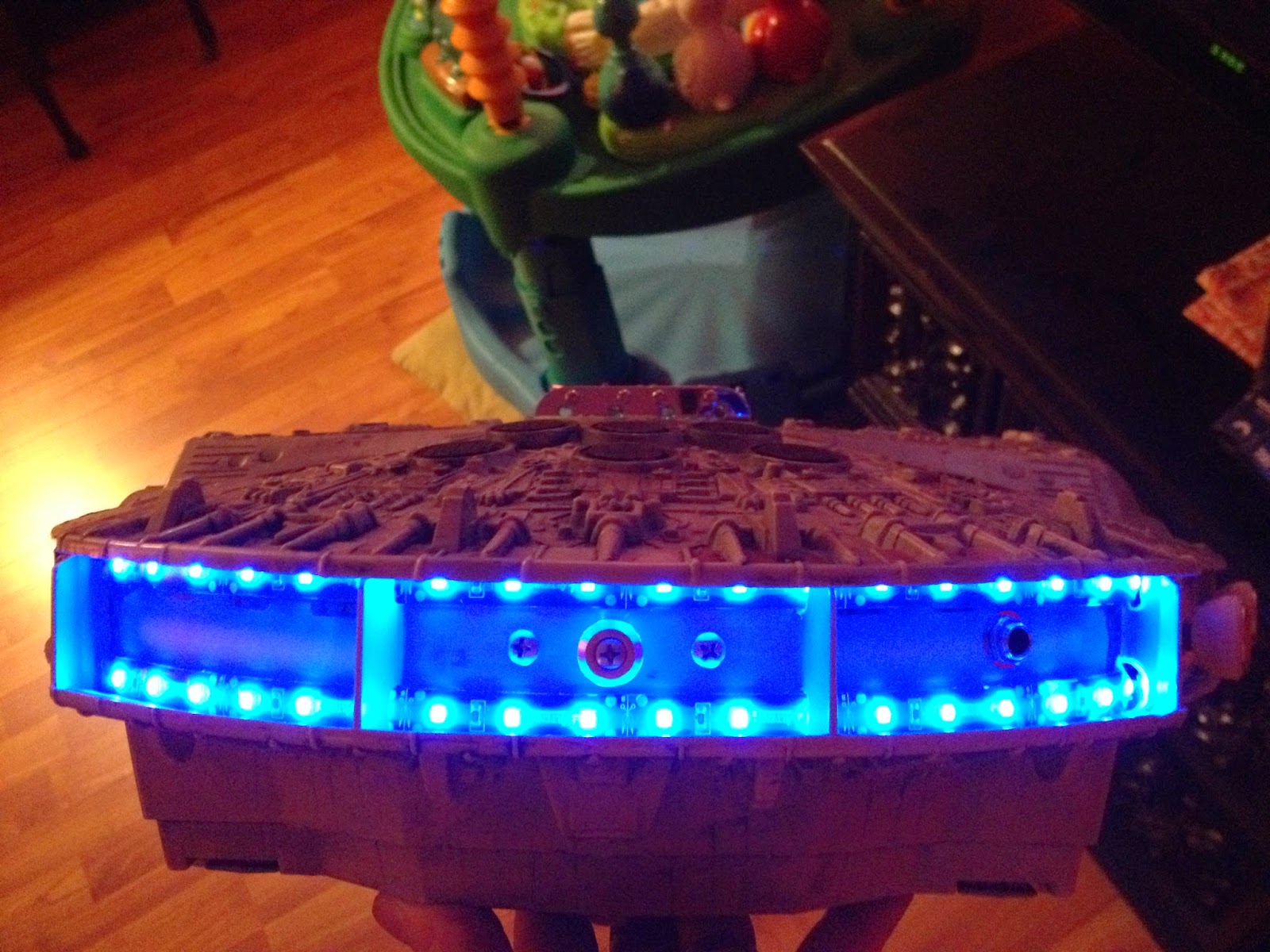 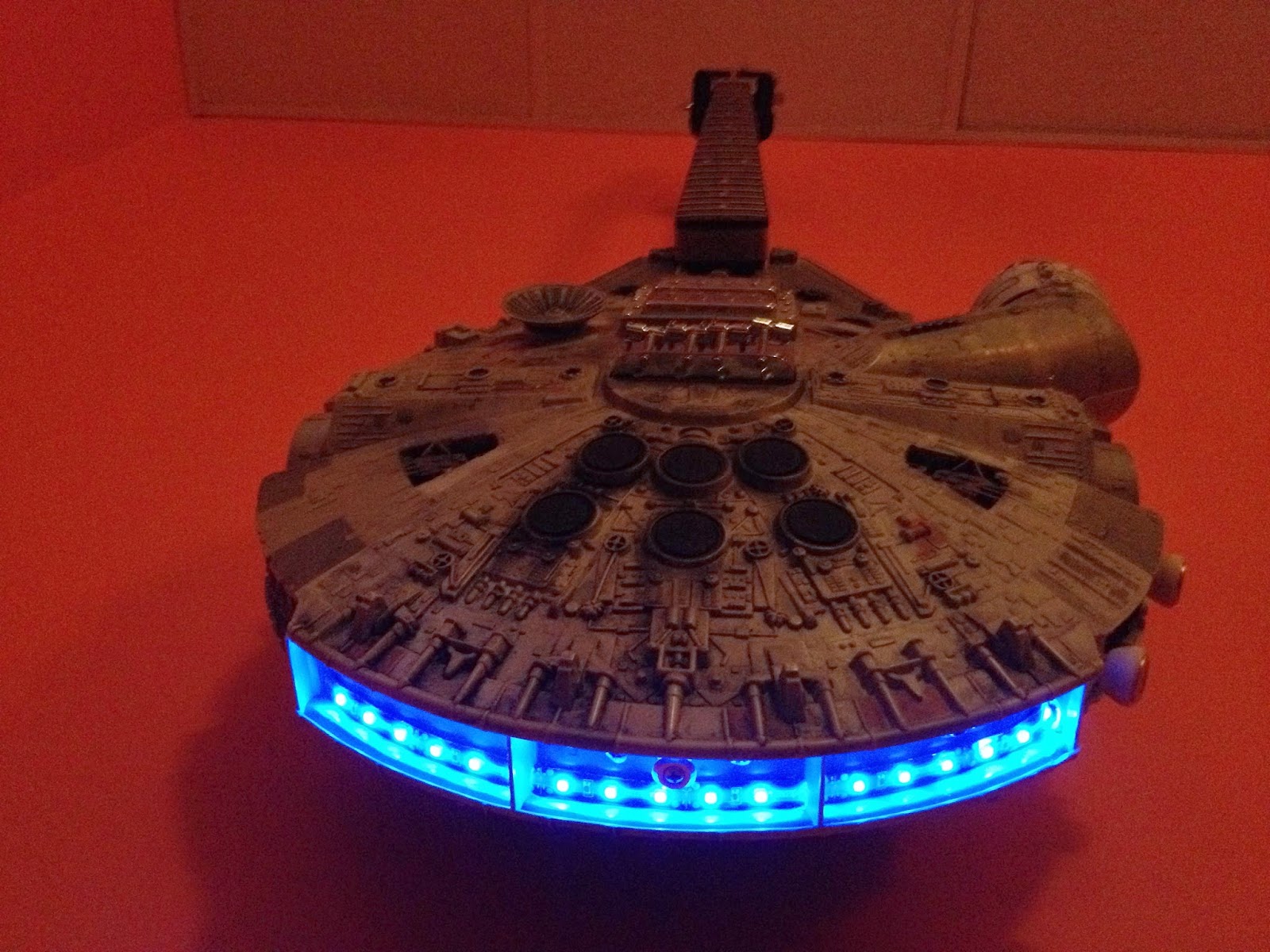 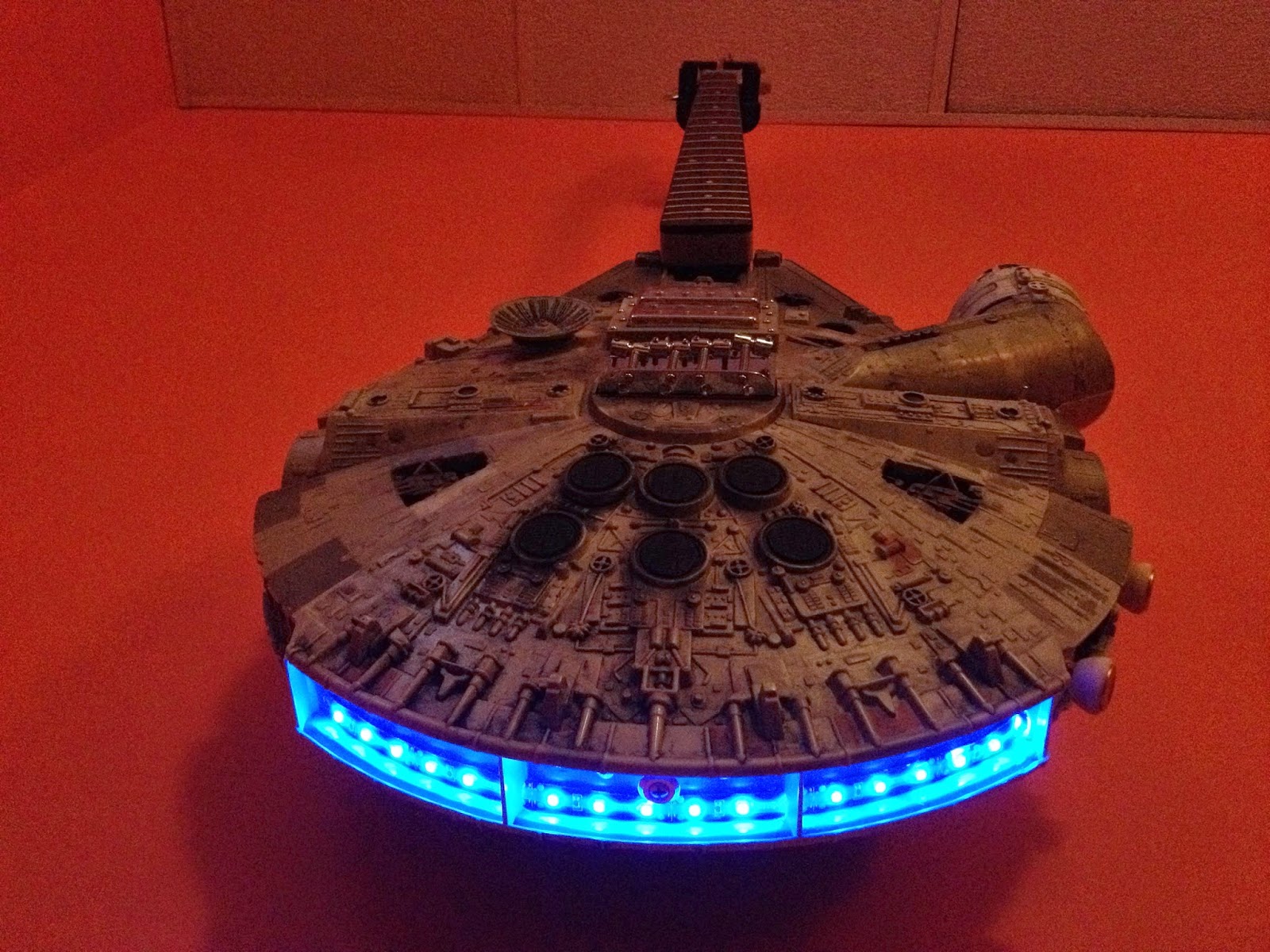 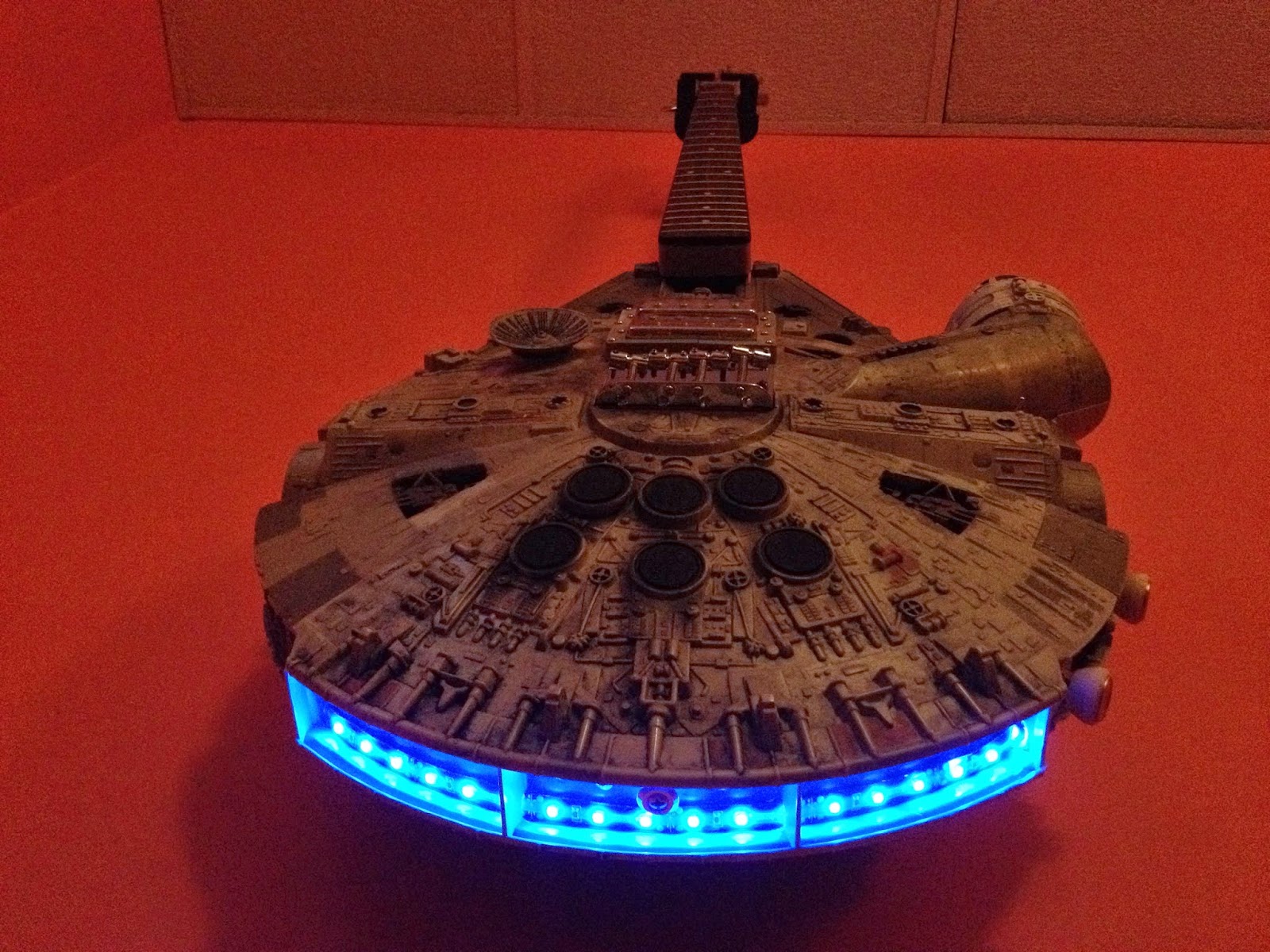 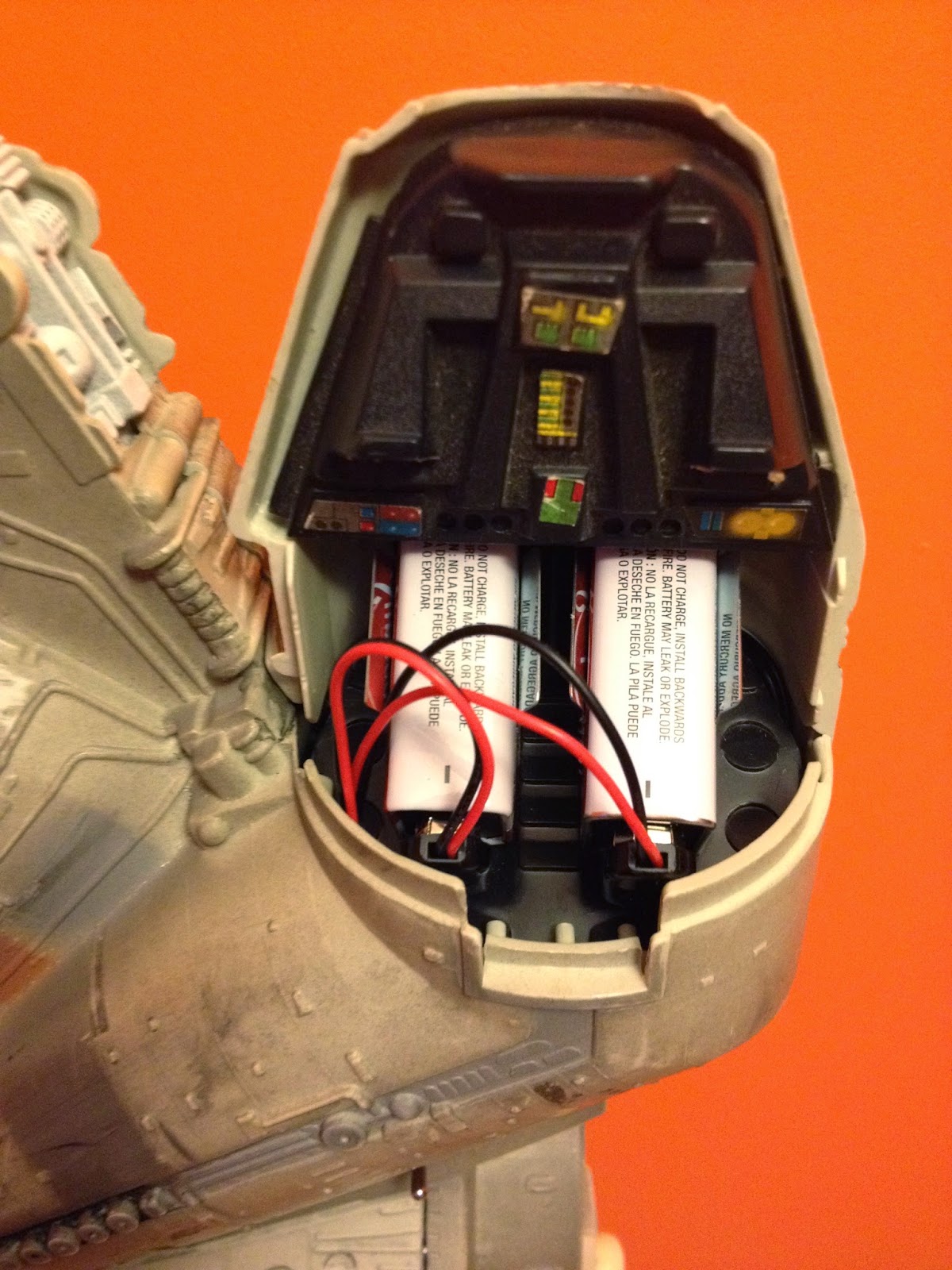